Here is the latest in our test ride reviews, this time featuring the Foggy S. If you have any comments or requests, please let us know.

Twisting his throttle not his melon!

CCM owner, star of Gogglebox and one of Madchester’s most loved characters, Happy Mondays’ Bez took one of our Foggy FT Stealth bikes on a very special mission.

The consignment: The coveted Pride of Manchester award

Paul Redfern was just 18 when he was involved in a serious motorbike accident losing his right leg, his life saved only by an emergency blood transfusion.

Based on his own life-saving experience, he decided to set up a dedicated charity to assist with getting essential blood supplies to wherever they are required in the most efficient way possible – by motorbike!

The charity is funded solely by donations and from fund-raising events set up by supporters with volunteers on-call riding the dedicated Blood Bikes.  “Since the start of lockdown, many of the normal streams of revenue have all but disappeared” Paul said. “The bikes are running every day supplying the North West Air Ambulance for example, with blood and plasma supplies which enables them to save more lives at the scene of a serious accident. Of course, the bikes need to be serviced, fuelled and insured, so any donations are always very welcome to keep this vital service going.”

I’m sure you will agree that Paul is a worthy winner of this special award and, if you would like to volunteer or donate to this valuable charity, contact info@bloodbikesmanchester.co.uk

Foggy: Building a bike worthy of the legend

We caught up with racing legend Carl Fogarty out on the road on the final production version of his gorgeous Spitfire “S” model.

Hear him talk about the refinements made since the first prototype and hear it on full chat over one of Carl’s favourite moorland roads.

And the winners are….

David Hyde and Russ White who will be joining 12-times world champion Dougie Lampkin on a ride out this Monday.

Thank you to the large number of you that entered and watch out for more competitions in Club CCM. 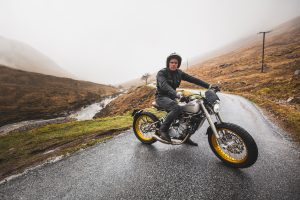 Why JEM? Well, we recognised that the guys here were doing something new and exciting with their distinctive version of a biking destination. With great facilities like “The Pit Stop” American-style diner; Micro-pub serving craft ales; clothing and accessories; plus a barbers shop and tattoo parlour it’s a great place to go for a ride out! Oh and they sell bikes too, and all of this under one roof in a hip, laid back setting. 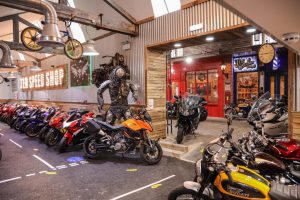 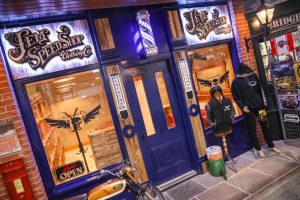 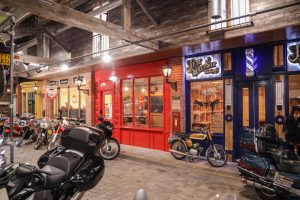 The CCM pop-up shop officially launches this Saturday, 29 August with the following bikes on display;

The new Blackout model is based on the original Scrambler concept, and was created as a tribute to the machine ridden by Scarlett Johansson and Florence Pugh in the November release of Black Widow. 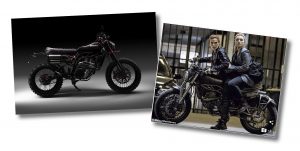 This gorgeous special edition can be yours for just £8995 and you can find out more about the new Spitfire Blackout by visiting www.ccm-motorcycles.com/blackout

On this day, eighty years ago, the German Luftwaffe upped the ante with a series of attacks on allied shipping convoys off the south-east coast.

Fortunately, Spitfire production had returned to strength in July which was timely, as the battle of Britain which it would become known, raged through until the end of October of the same year.

Whilst the RAF were heavily outnumbered, they took on the enemy and won, changing the final outcome of the conflict as we now understand.

The RAFB100 “EB.G” has just been sold to a new customer and will be collected shortly. This bike is linked with the Battle of Britain aircraft flown by Eric “Sawn Off” Lock DSO DFC

The Battle of Britain was already two months old when No 41 was sent south to RAF Hornchurch, east of London. His first victory down south was a Heinkel He 111 and then two Bf 109 fighters on 5 September. From then on, Eric – who had already been nicknamed ‘Sawn Off’ by his squadron mates on account of his stature – scored most of his successes against German single-engined fighters. He stayed with No 41 during the hectic fighting of September, with his score creeping up after engagements with Bf 109s as well as, unusually, a Henschel Hs 126 army scouting aeroplane, probably found over Occupied France. Most of his victims were flying the fast and agile Bf 109, so by the time of his death on 3 August 1941 he had destroyed 18 of them in a total ‘bag’ of 26 enemy aircraft. He received the Distinguished Flying Cross on 1 October and was promoted Acting Flight Lieutenant and awarded the Distinguished Service Order on 17 December 1940 in recognition of his skills.

The patron of the RAFBF100 series, Alan Scott, one of the last remaining Spitfire pilots and sole survivor of the Battle of Malta, can be seen in this short film