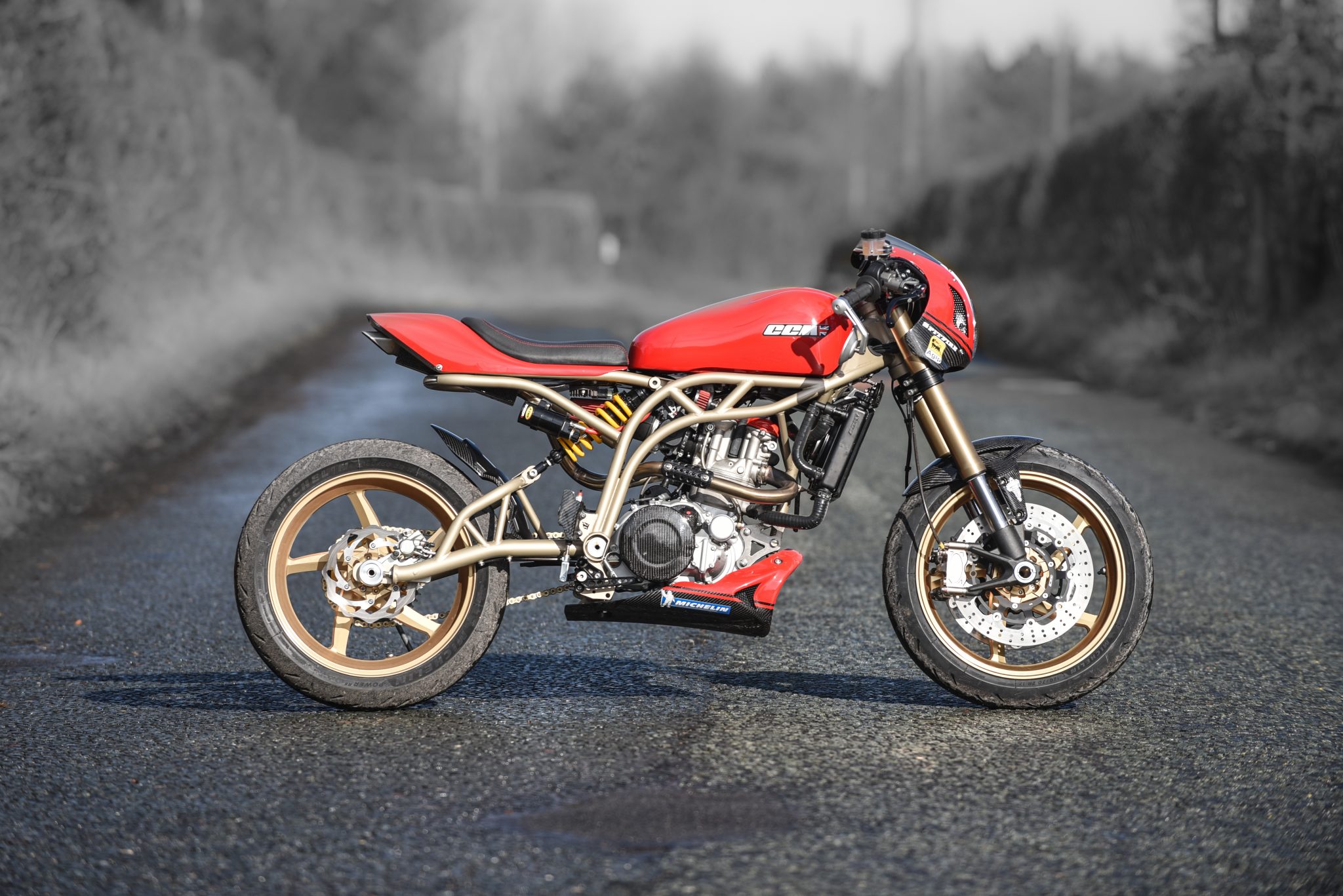 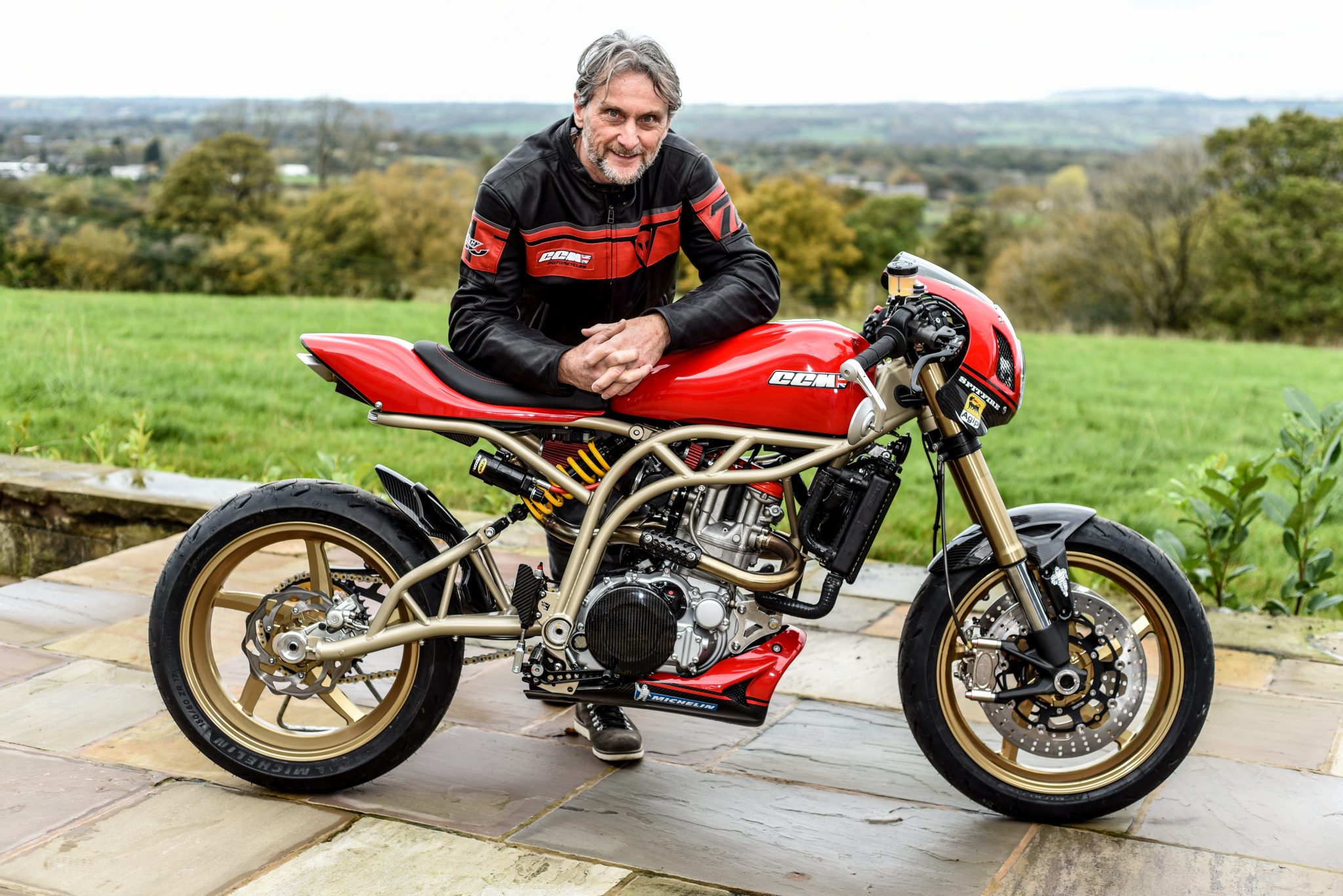 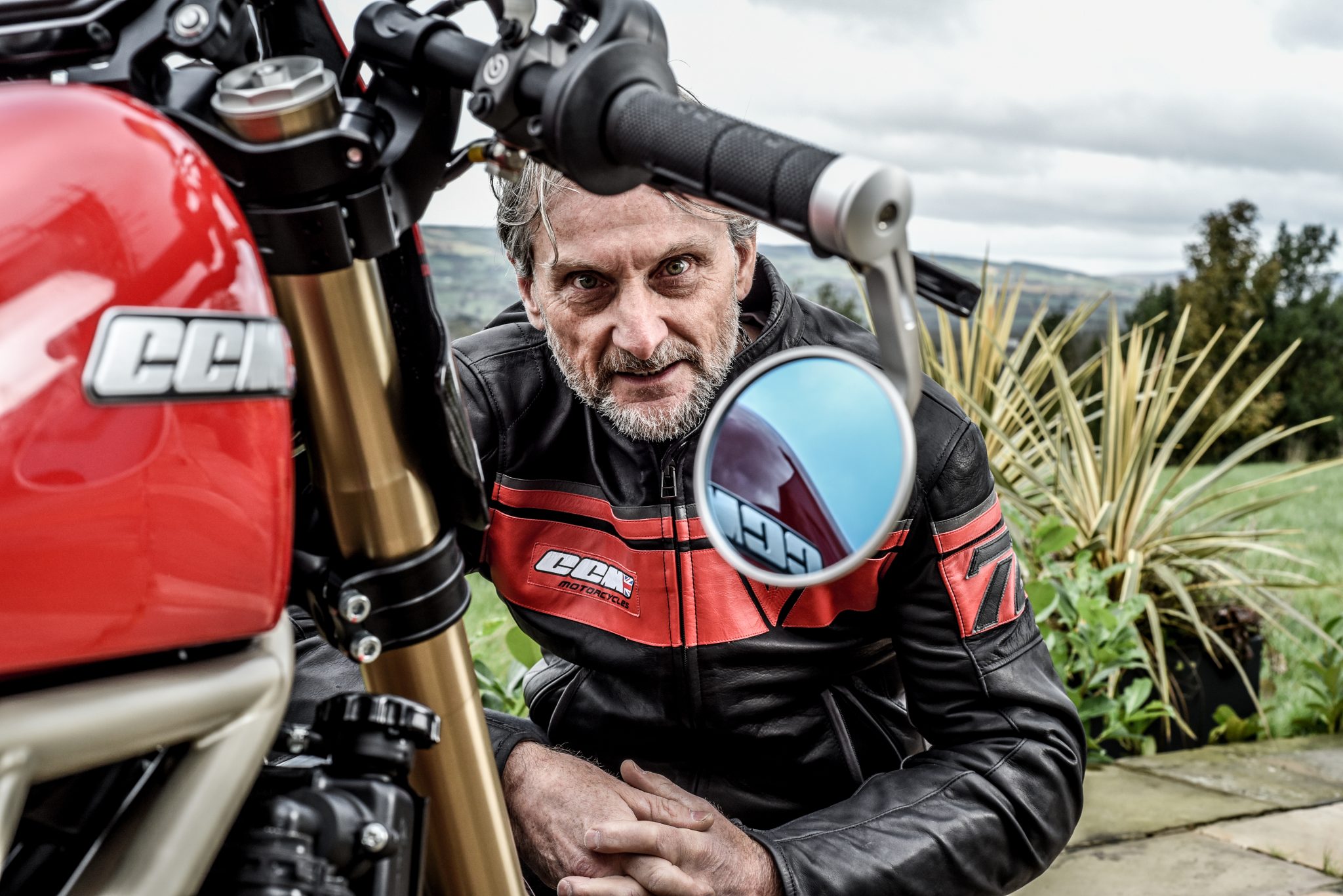 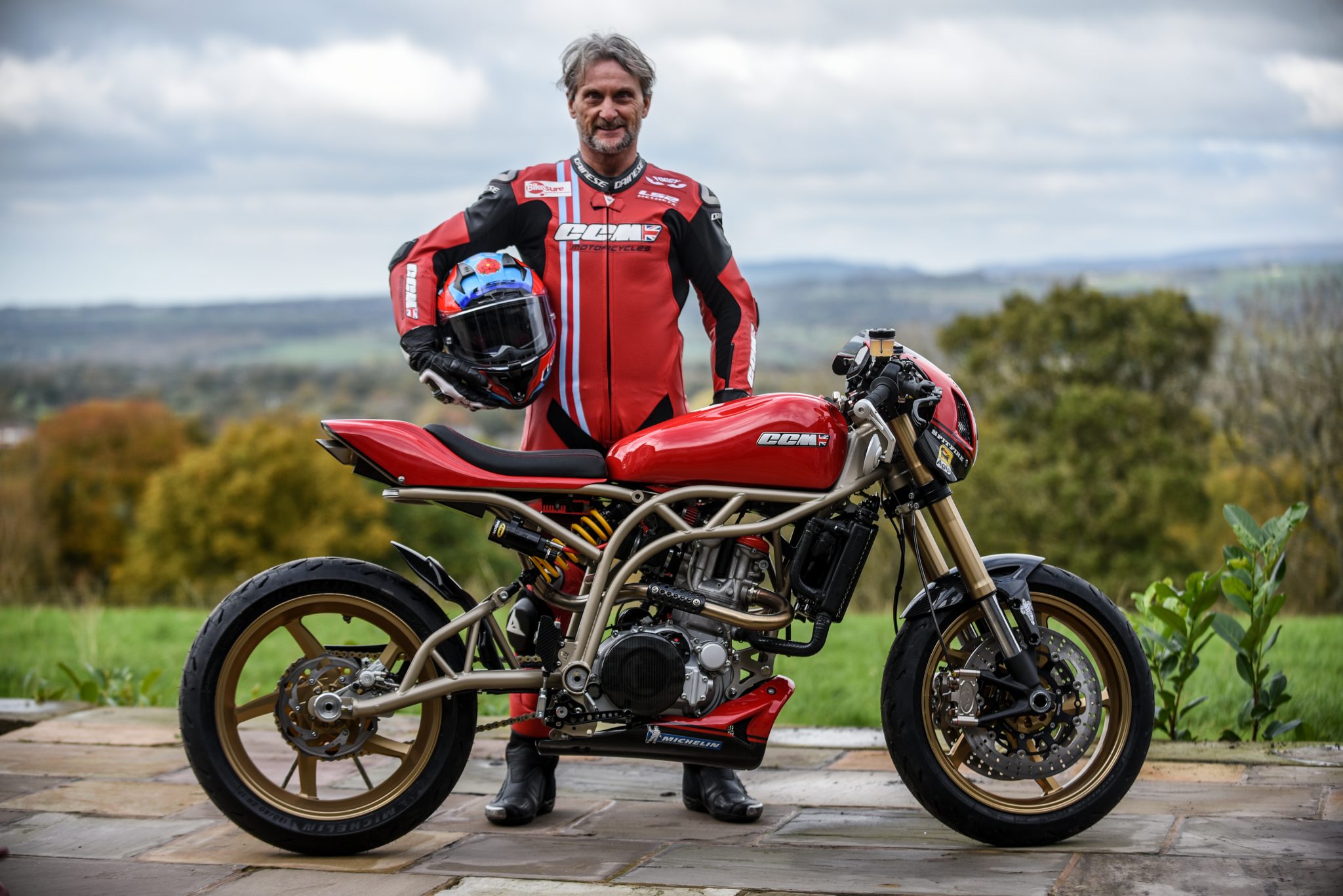 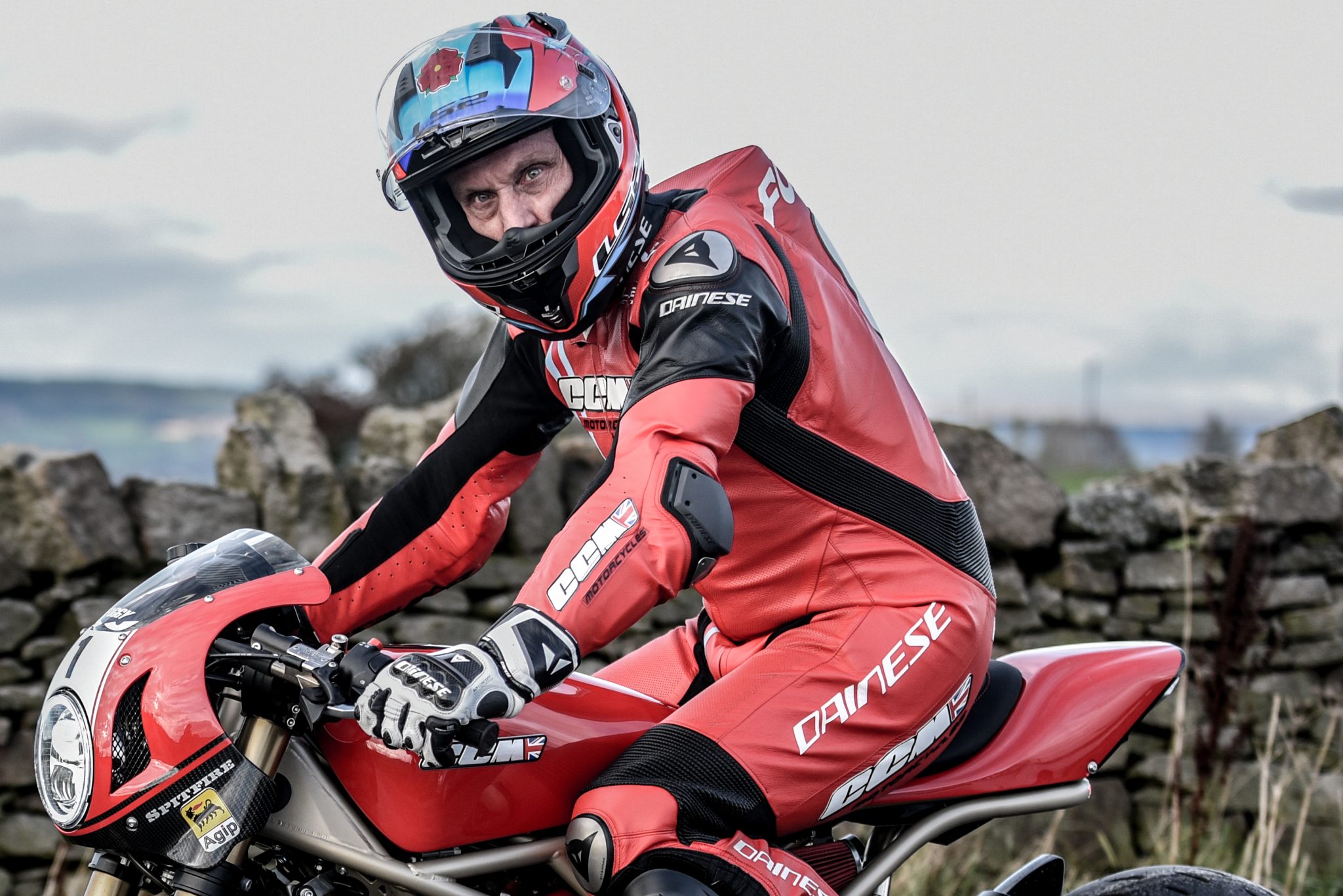 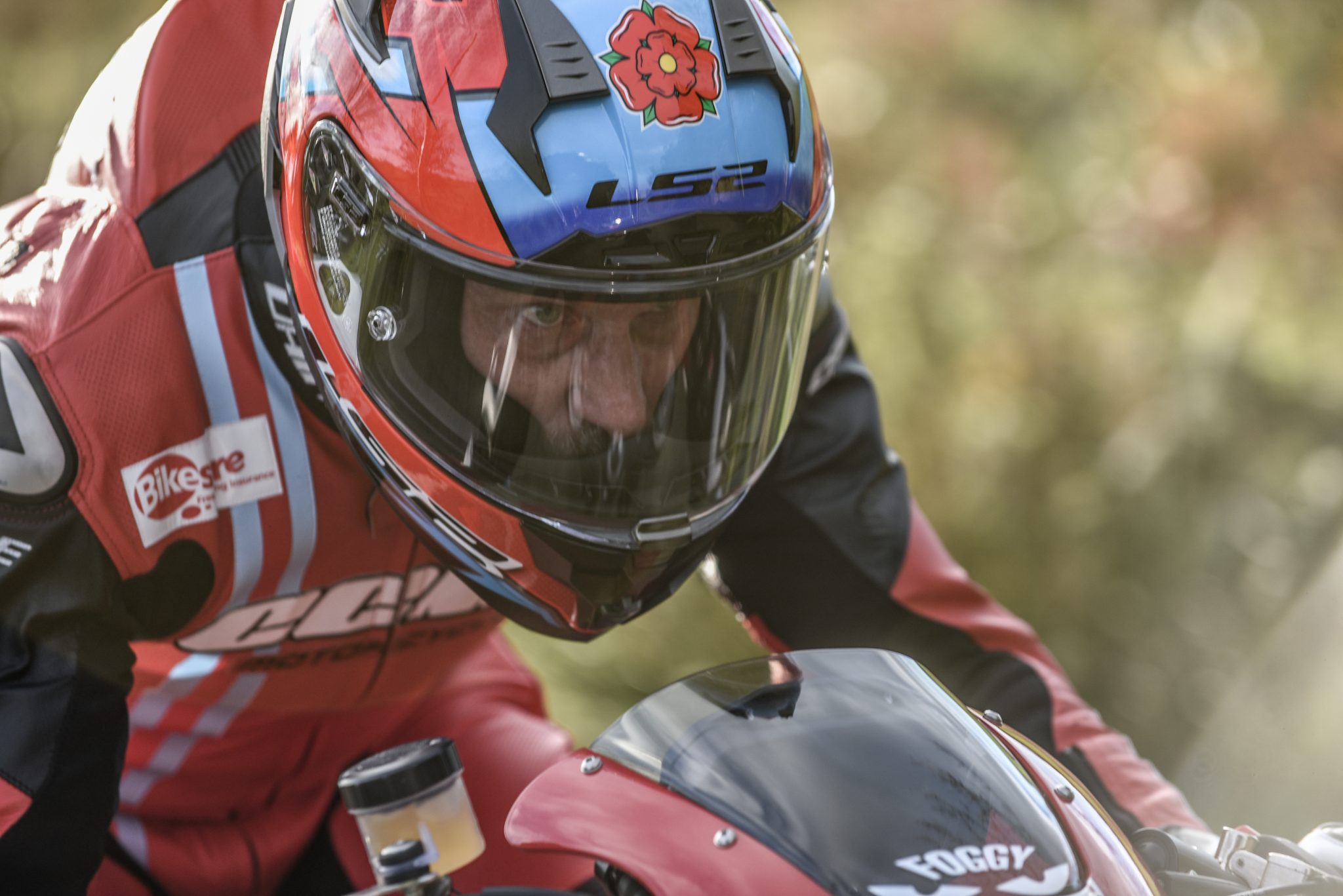 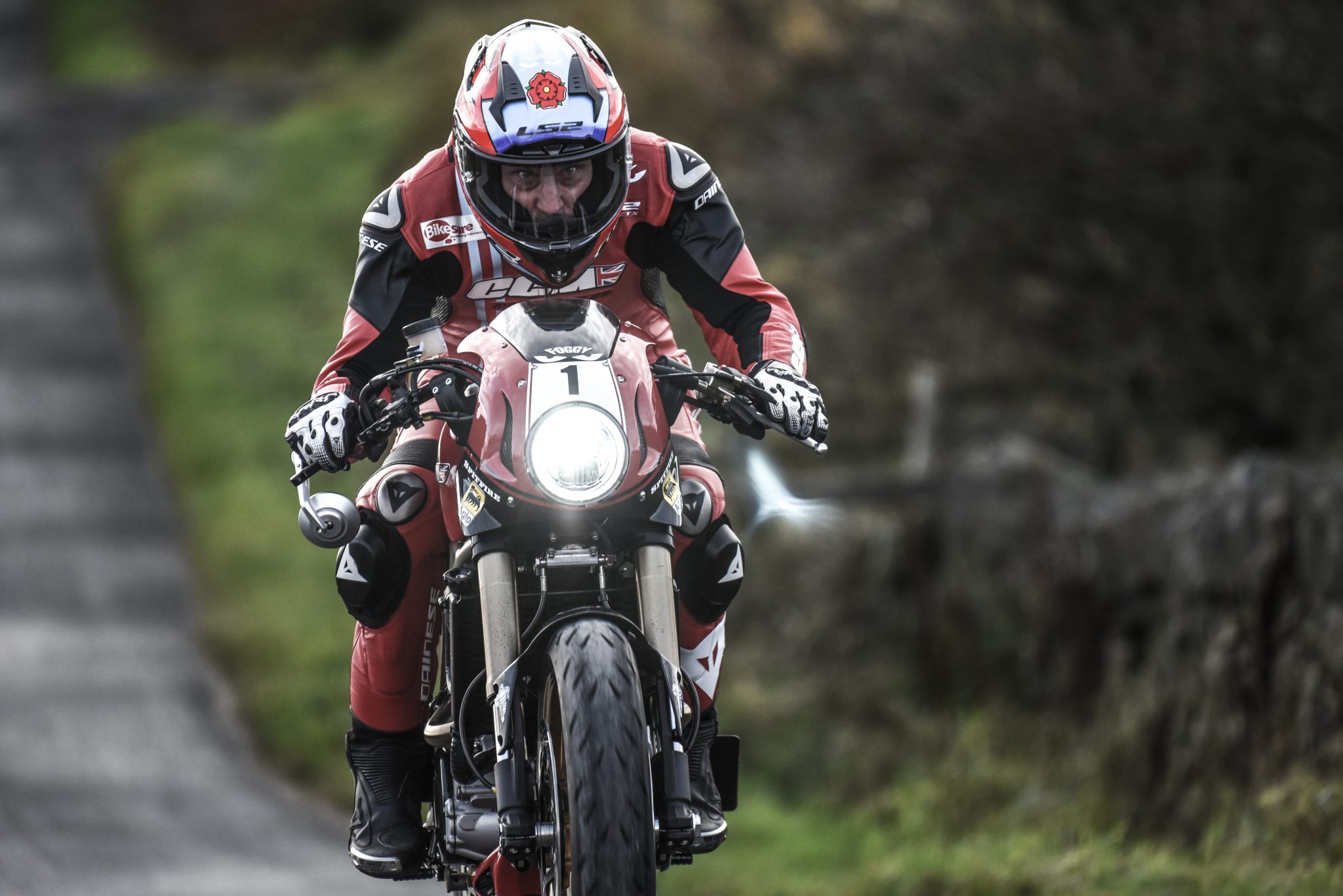 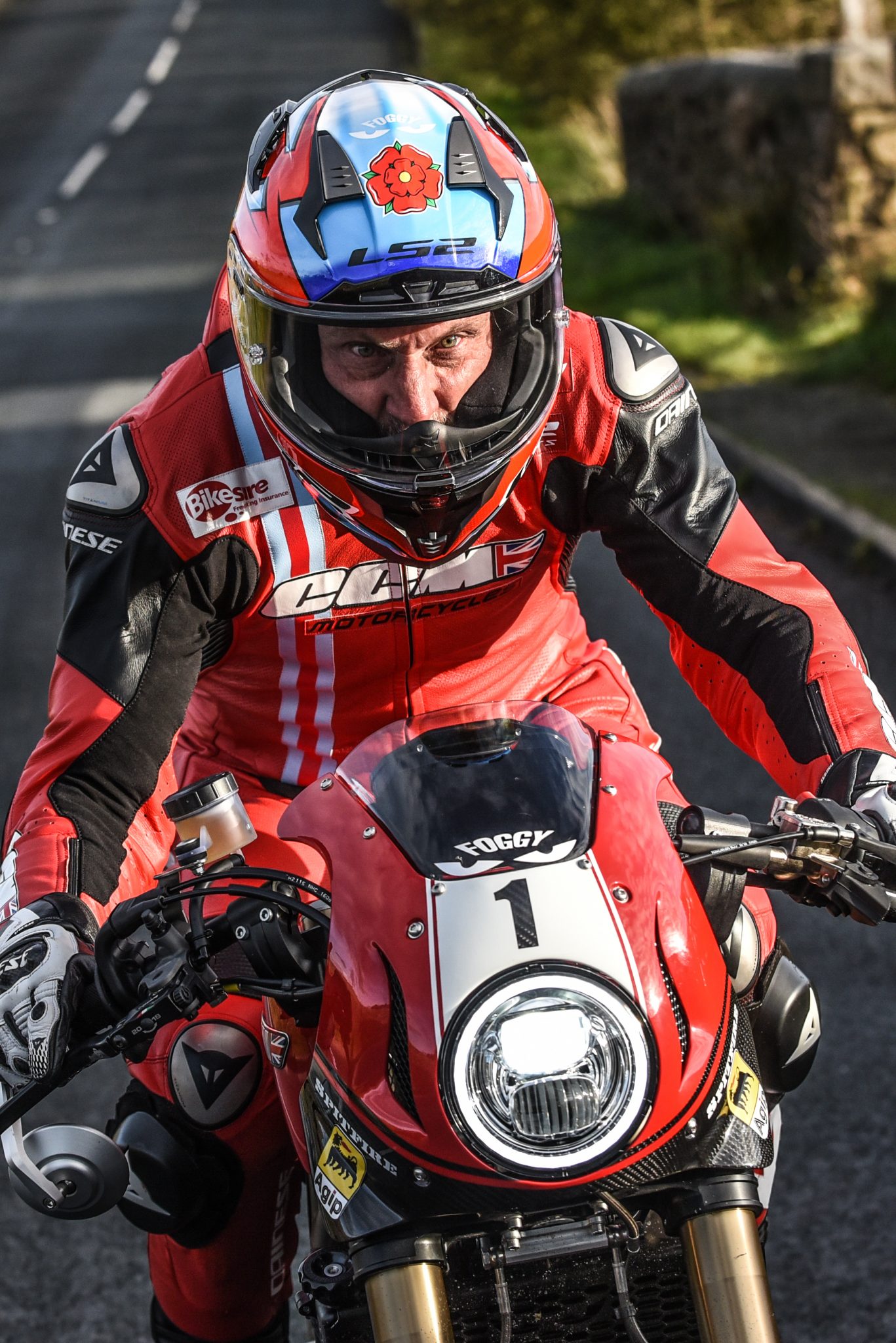 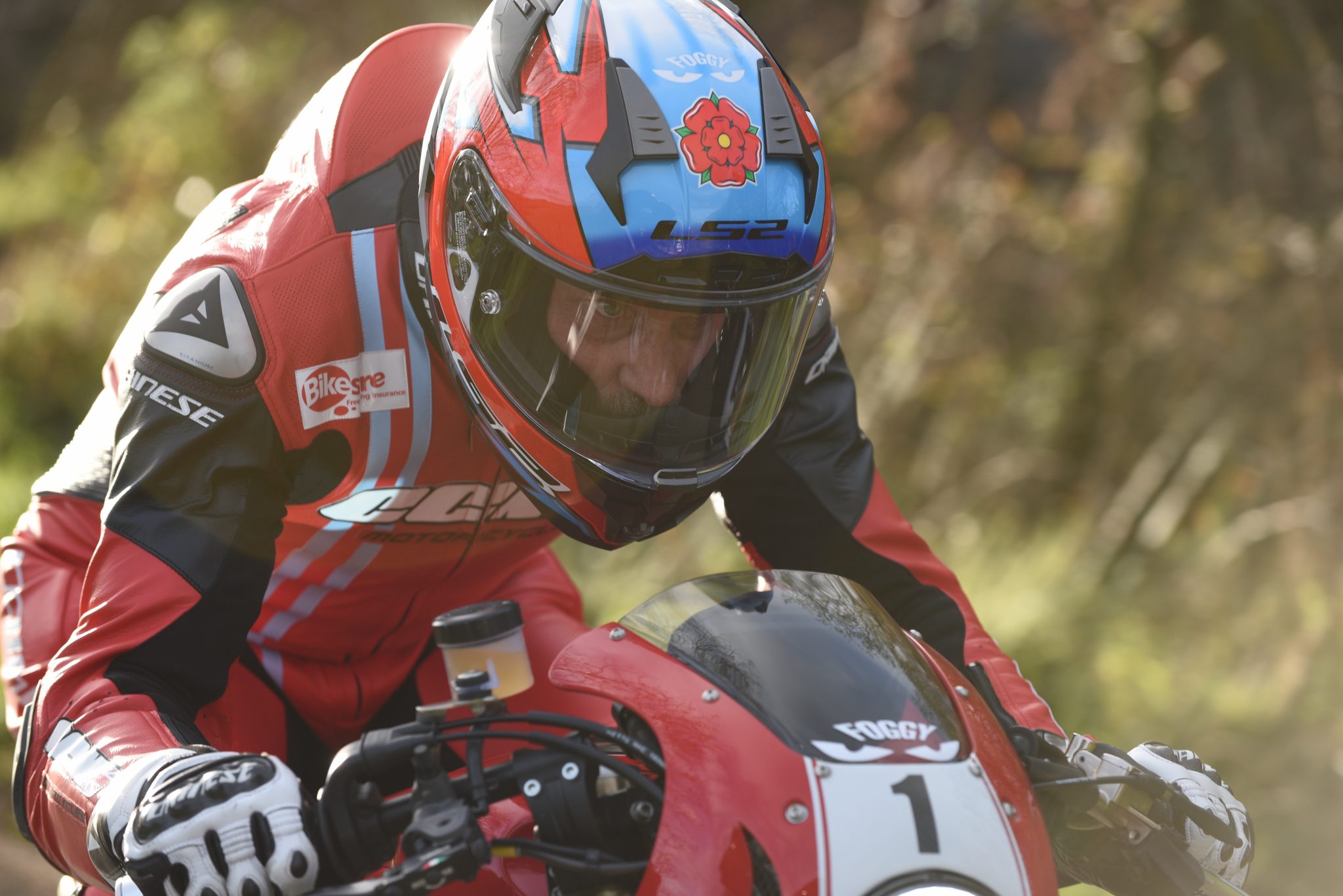 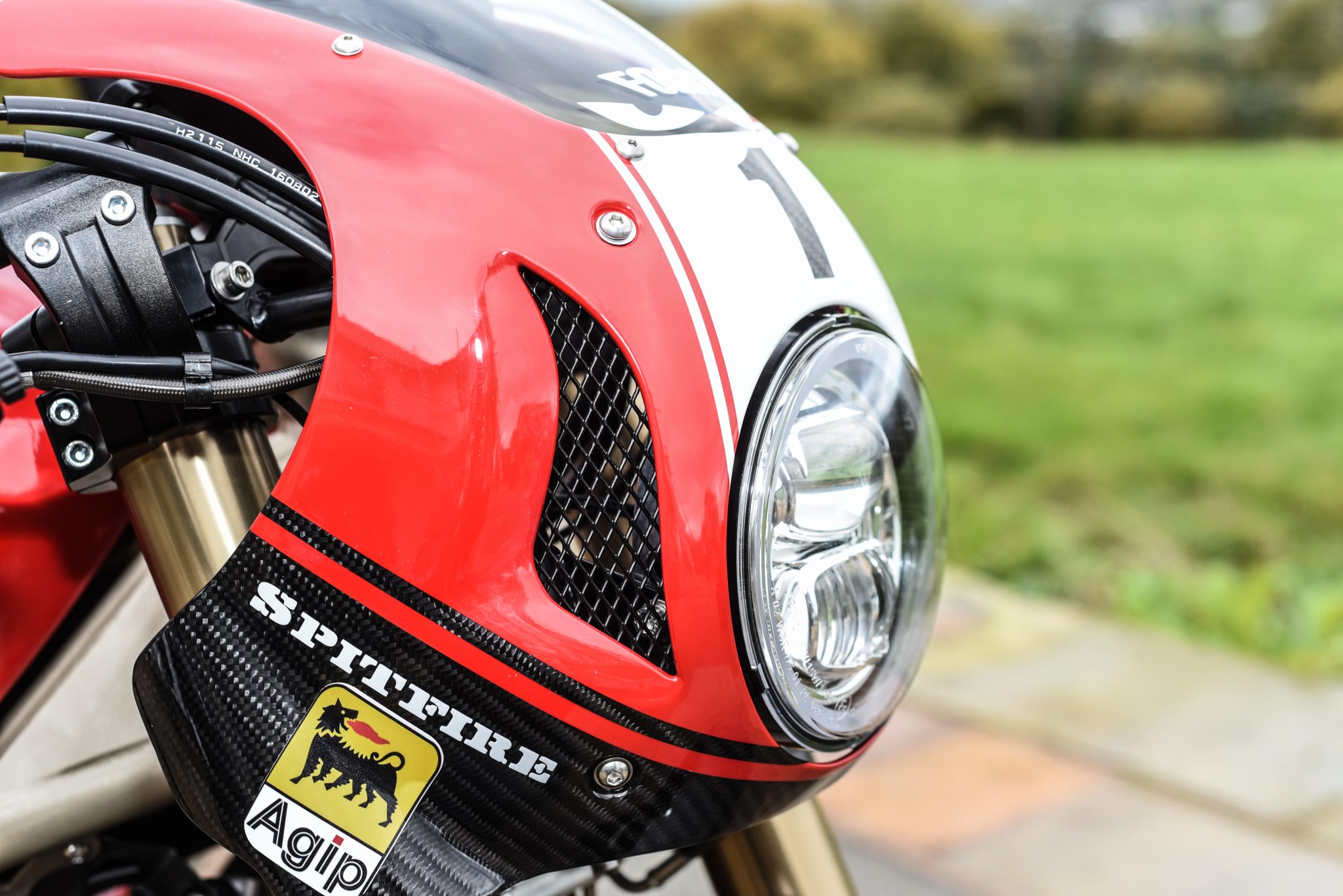 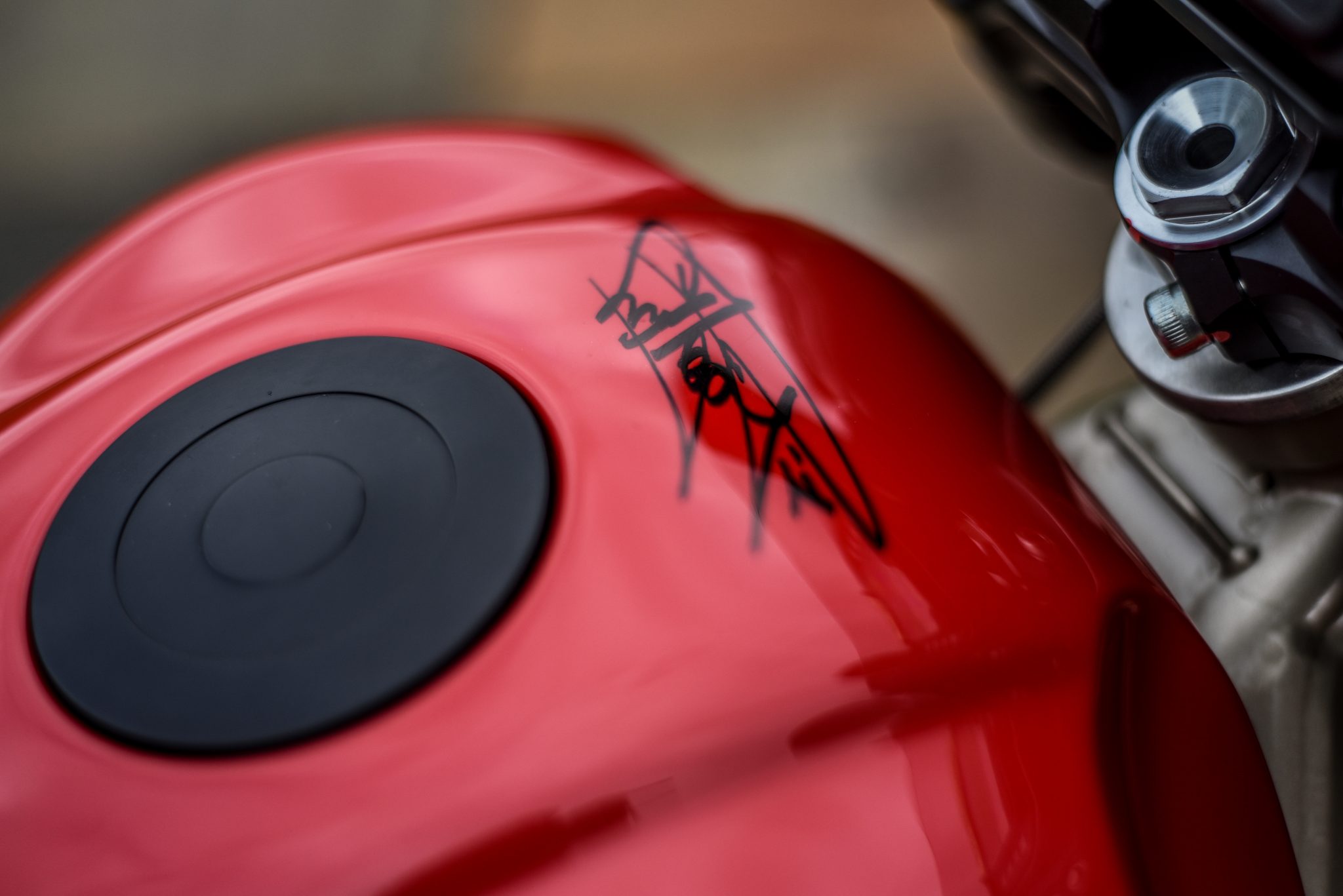 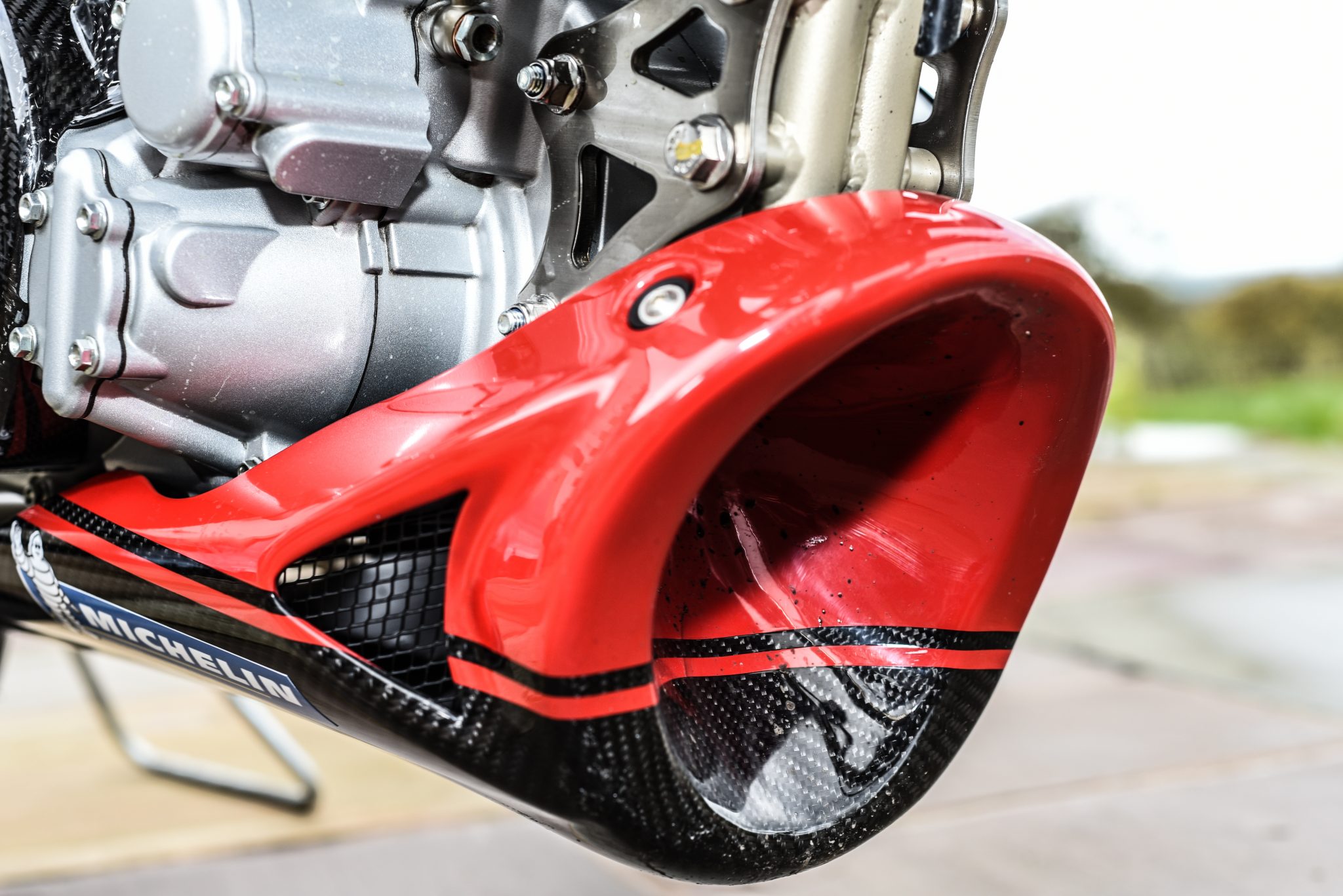 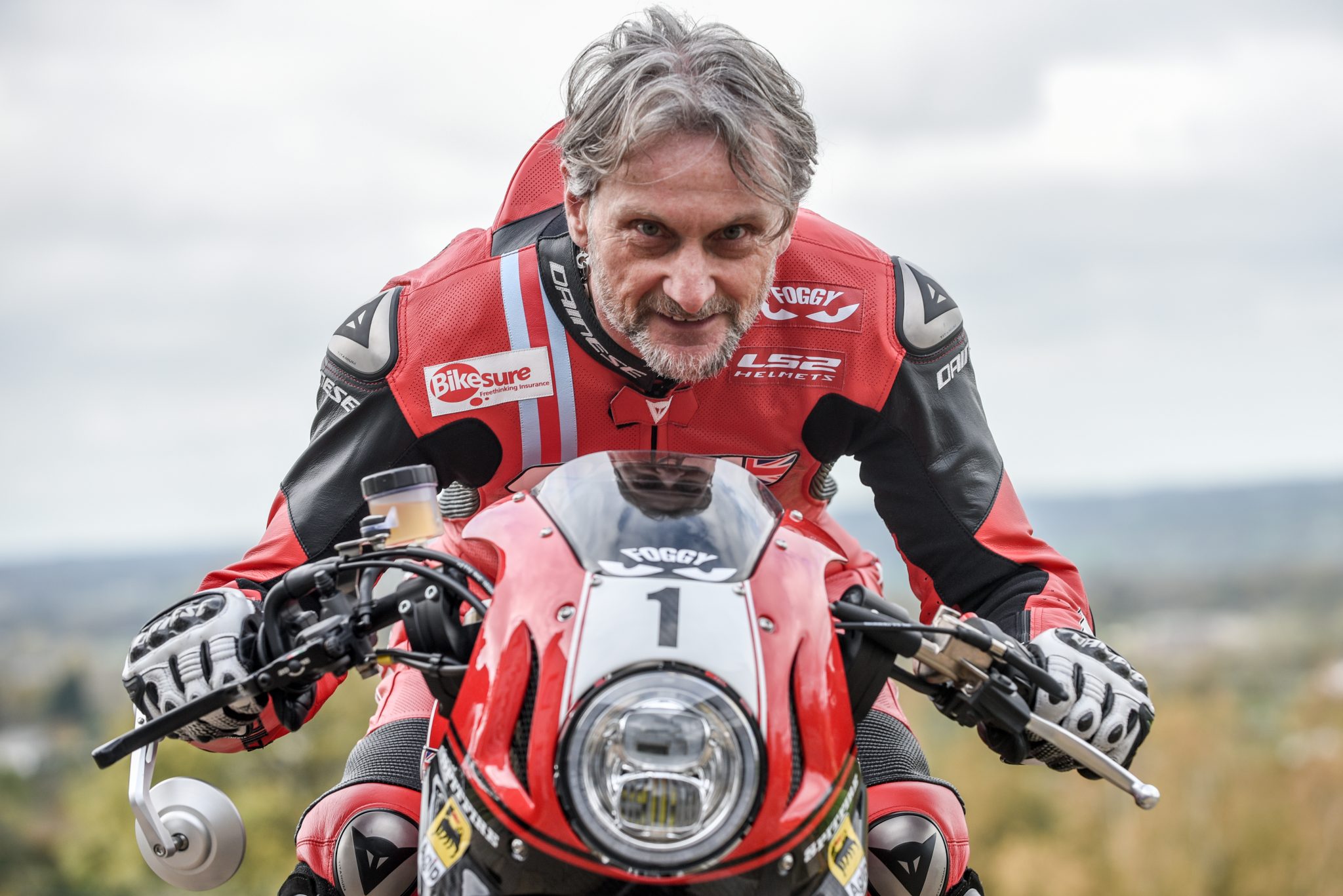 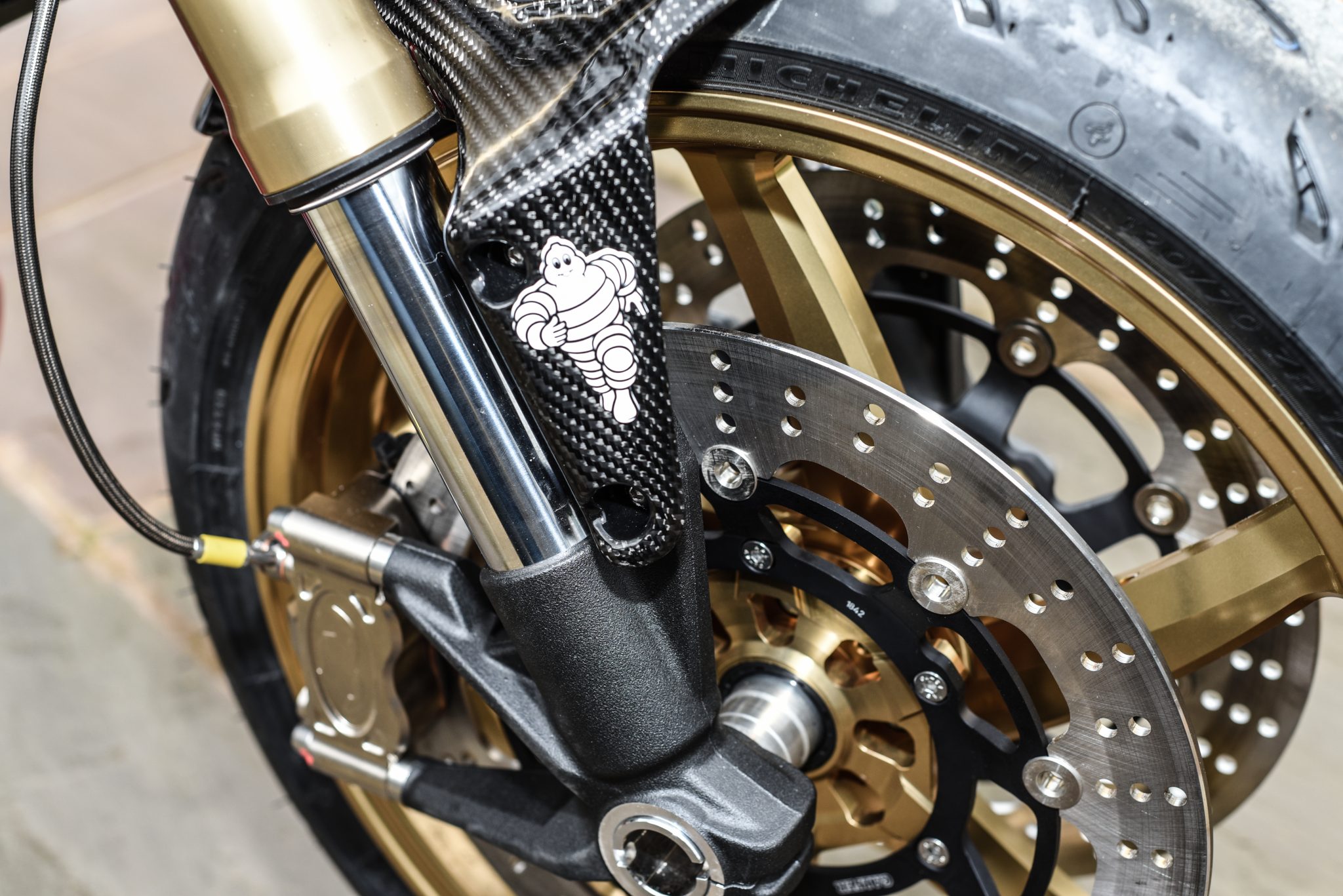 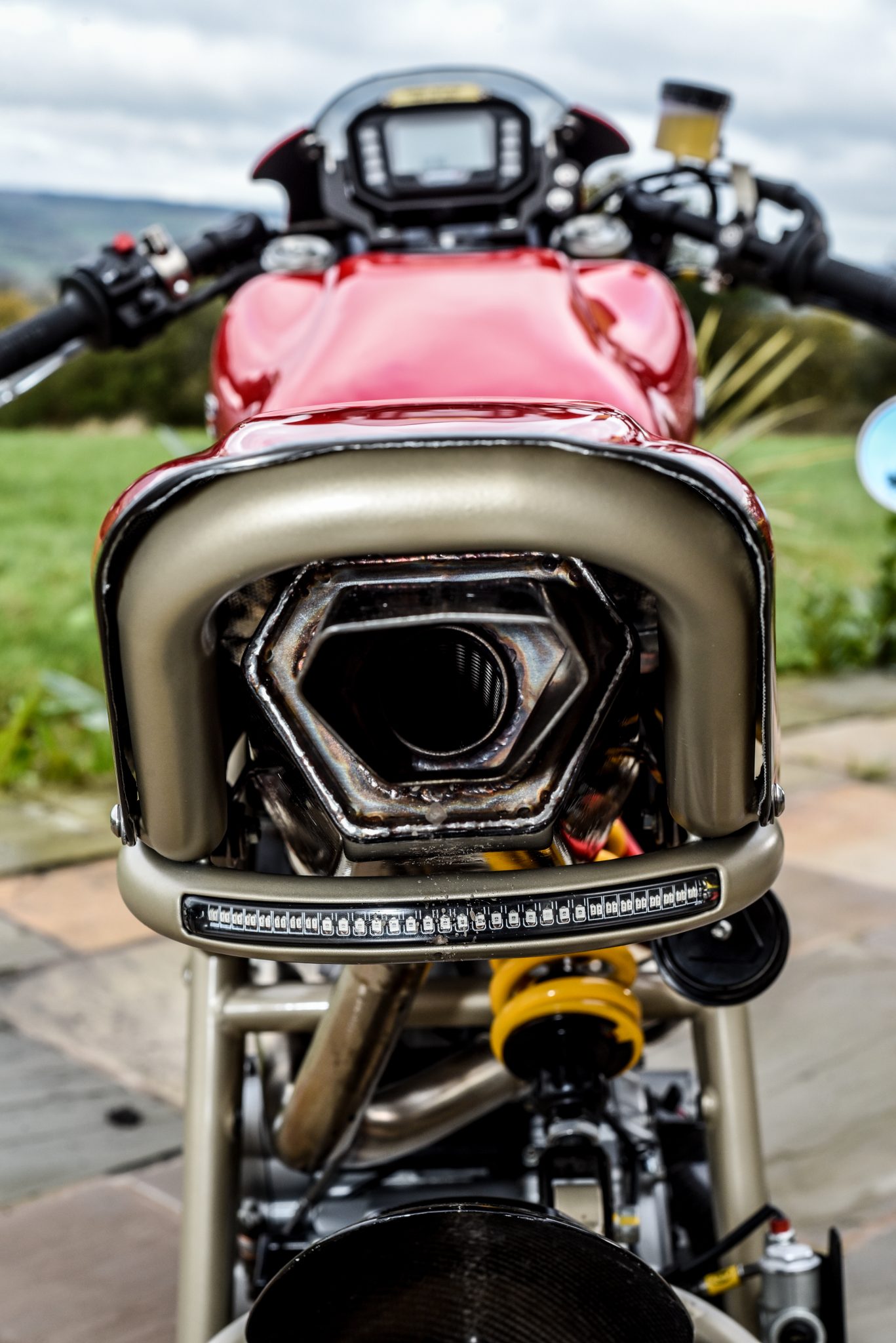 It was in November that CCM excitedly announced that seven-time world champion Carl Fogarty would be joining the company as a brand ambassador and taking the title; Director of Performance.

To mark the collaboration, CCM and Carl decided they wanted to develop a very special and highly limited Spitfire, designed by “King Carl” himself, and they set about doing just that.

First shown at the NEC Motorcycle Live show, the bike appears to have been recieved very well by all that stumbled accross it. Carl spent many days on the stand at NEC Motorcycle Live, and excitedly shared the details of his new creation.

Designed by the legend himself, the Foggy Edition Spitfire draws inspiration from Carl Fogarty's past championship winning bikes.

The bodywork has been sculpted from Carbon Fibre, the only material befitting a champion, and then lavished in beautiful Rosso Corsa Red.

An under seat exhaust and five-spoke gold machined 17" wheels give an unmistakeable nod to the WSB's ridden by Carl throughout the 90's.