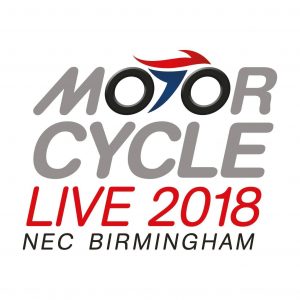 That’s it! Summer’s winding down, and the riding season is officially coming to an end. Dry your eyes though! This just means we can start planning how we’re going to attack summer 19, and day dream about what machine will be the one to carry us on our next adventures!

The NEC Motorcycle Live is a huge week-long motorbiking extravaganza, one where every manufacturer goes all-out to showcase their new bike models for the next riding season.

Last year CCM came to the NEC with brand new variants of the CCM Spitfire that had just launched and sold out within a week. 12 months have passed and in total six variants of the Spitfire have been launched, with almost every bike sold out already.

This year CCM, once again, make the pilgrimage from the cold north of Bolton to the marginally less bitter West Midlands. The business has grown to unprecedented levels in the last 12 months, and CCM plan on making some serious noise this year.

The best stand we have ever attempted will be at the NEC complete with a bar on site, cool celebrities holding Q&A’s, our very own members launch night private afterparty, and other awesome (but super-secret) stuff happening. Trust us, you’ll want to get a picture!