Blenheim Palace, Oxfordshire: Family home of the Churchills and location for one of the world’s greatest automotive garden parties.

CCM Motorcycles have the current range of bikes on display including the new Blackout, RAFBF100, SIX and more….. 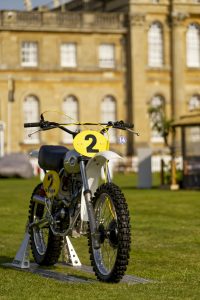 This classic 4-stroke machine was successfully campaigned by Vic Eastwood and, along with John Banks, these legendary 4 stroke dirt bikes made their mark around the UK and world GP circuits.

During the 1975 season, CCM works riders were never off the podium winning 7 out of 12 British Championship races. 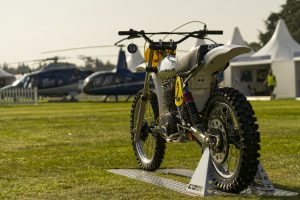 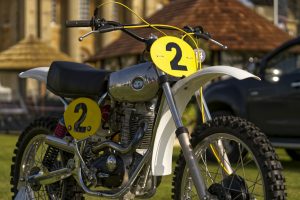 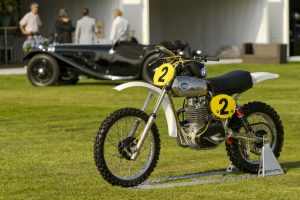 Eastwood was tipped to win in what would have been CCM’s first British Championship, but controversy would beset the Castrol backed CCM works team. At the final round of the season, Banks failed to see frantic pit board signals from CCM founder and designer Alan Clews, which would have allowed Eastwood to pass and gain the extra points needed to win the championship. So much for team orders in those days!

Vic Allan, who would later join the CCM works team alongside Eastwood and Banks for the 1976 season, went on to win the 75′ championship by just 2 points from Eastwood in 2nd and Banks in 4th.  The following season in ‘76 saw CCM again coming palpably close to claiming that elusive British Championship with Allan in 2nd, Eastwood 4th & Banks 5th. Alan Clews’ BSA B50 based CCM never won a GP but they did come a tantalisingly close 2nd on so many occasions against the might of the Japanese factory teams.